I was about to go to bed, only to discover that this blog is the top Google result for the search “similarities korean klingon” and that someone actually found me that way.

I’ve also been impressed by the number of people finding this blog over the last 48 hours because of my post about Kryptonite. It’s good to see people grappling with the really important issues of the day.

Finally, I still get a significant number of visits from Konnie Huq fans. Disgracefully, I suspect this is because of the promise of seeing her “modelling the latest in tweenie fetish wear“.

A plea for help: as I’ve mentioned before, I’m sitting on the Lib Dems’ Better Governance Working Group. I’ve been tasked with coming up with some detailed policy on what the Lib Dems would do on the thorny issue of privacy. Specifically: would we reform data protection? What is our response to the Regulatory of Investigative Powers Act? Should we legislate for a privacy law and thus potentially subject the media to a regulatory regime? How do we protect privacy in an internet age when anyone can violate an individual’s privacy within seconds by revealing personal information on a blog or forwarding an email? How do we roll back the ever encroaching state while being mindful of security issues?

All tricky issues. I have some idea about what to right, but I have an open mind here and would appreciate input. Please email me at semajmaharg@gmail.com or just post a comment below.

Today has clearly ‘bin’ a rubbish news day. The Daily Mail are crusading to stop councils from moving to fortnightly collections. Outgoing leader of the LGA and Tory Peer Gideon Sandy Bruce-Lockhart has been defending fortnightly collections (and can I take a moment to reflect on the wonderful name that is “Doretta Cocks”?).

Meanwhile, in bloggerland, Ryan Cullen has been pointing out that moves to fortnightly collection can lead to improved hygiene, while Iain Dale has been moaning about those perfidious Lib Dems taking opportunistic policy positions from one council to the next on the issue.

Unfortunately, he does have a bit of a point reading Camden Lib Dems’ rather po-faced response to the issue:

â€œLabour run councils such as Reading, Corby and Barnsley have moved to bi-weekly collections and the Labour Party in inner city areas like Liverpool is campaigning for such a change. I challenge Labourâ€™s Environment Spokesperson Cllr Alison McGovern to state that she would not bring in such plans in Southwark if they were in charge.â€

â€œOur success in increasing recycling rates in Southwark has meant that there is less waste to be collected each week. But we are not proposing to wait until bins are full before we will collect them. We believe that will lead to more mess on our streets and will raise concerns about hygiene and vermin.â€

Er, maybe that’s true, but pioneering Lib Dem councils like Eastleigh were leading the way years ago and have just been lionised on our last PEB on the environment.

There is certainly a case that fortnightly collections will suit some areas better than others. Inner London, in particular, has a bit of a vermin problem and thus councils should certainly look before they leap on this policy (although I really can’t see how a rat can climb into a wheelie bin unless it is provided with some pretty impressive abseiling equipment and has been taking anabolic steroids for six months). But Camden’s press release has completely over-egged the issue by implying it is an evil Labour policy when it certainly is not.

It’s fair enough that Camden Lib Dems have the right to adopt a policy that best suits Camden, but this press release is packed full of ammunition for our rival parties to lob at us in any local authority where fortnightly collections are being considered. By insinuating that Labour councils are all the same, they are implying that Lib Dem councils have to be also, and that we should all go along with what suits Camden. Thanks a bunch.

I have to admit that, when I first read that scientists had written to Mark Durkin to ask him, out of the goodness of his heart, not to make DVDs of the Great Global Warming Swindle available for sale (credit: Rob), I blanched. I could more or less have predicted what a drama queen like Durkin’s response would be:

â€œI donâ€™t believe they are interested in â€˜adequate quality controlâ€™ when it comes to the reporting of science, or in a â€˜balanced debateâ€™ about the issues. Too many scientists have staked their reputations Â­and built their careers on global warming.

â€œThereâ€™s a hell of a lot riding on this ridiculous theory.â€

I hope, at least, he’s grateful to them for all the extra free publicity.

Having blogged today about the political genius of John Sentamu, I do wish my own ‘team’ would sort itself out sometimes. In my view, the proper response would have been to ask Durkin, since he’s so keen on opposing ‘censorship’, to allow a group of scientists to record an alternative commentary to the film and distribute it on the DVD. It is no a moot point as to whether he would have let them or not: either way, it would have been a win. Either he refused, and we could all point fingers at him and make him look silly, or he’d capitulate, in which case the DVD would be more balanced.

Meanwhile, I do recommend a read of this rebuttal of the Swindle film by the same group of scientists.

Rowan Williams, like so many other public figures over the past couple of months, sought to co-opt William Wilberforce in a speech yesterday. In an act of stupendous logical contortion, he uses Wilberforce, an elected politician (albeit in an era of rotten boroughs) as a tool for his argument against reforming the House of Lords:

I wouldn’t dream of claiming that Wilberforce was a secularist, but it has to be pointed out that it wasn’t the Bishops in the Lords that lead the campaign for the abolition of the slave trade. And they aren’t providing moral leadership in the House of Lords today – indeed, they barely deign to show up at all. There may well be a decline of moral leadership in modern politics today, but that is helped, not hindered, by a church which desperately clings to unelected and unaccountable power and evangelises about the desirability for us to adopt an Anglican version of the caliphate. In Iran, the state (similarly lead by old men with improbable beards) religion offers bucketloads of moral guidance. Williams has yet to offer a clear reason why we should want to adopt this as our model for governance.

In truth however, I pity Rowan Williams. He seems a shadow of his former self. He has tried to mediate in the civil war going on inside the Anglican church and in striving to retain unity has ended up siding with the swivel-eyed loons who want to plunge it into medievalism.

Three years ago, I blogged about his favourable review of Philip Pullman’s His Dark Materials. The possibility of him writing something so conciliatory now is inconceivable. The reason for this appears to be, in part, that he is constantly looking over his shoulder at John Sentamu. More media-savvy, instinctively populist and less burdened with the constraints of nuance (as well as uncannily resembling Graham Norton), Sentamu has managed to turn his role as Archbishop of York into something that looks rather a lot like Prince of Wales. He’s been running a campaign for the top job almost since he got promoted, and Williams must surely be all too aware of this. Capitalising on Williams’ fear about a schism, Sentamu has been frogmarching him onto his own, somewhat demented and very dangerous territory.

The political truism “Only Nixon could go to China” sadly also works in reverse. A liberal, Williams has presided over a period of sustained de-secularism for the Church of England. We were better off with Carey at the helm. While homophobic and morally conservative, Carey was constrained by the more liberal elements in the Church to not step out of line.

If the Church of England wants to pursue a strategy of moralistic activism, it is crucial that it does so separate from the state. It can’t have it both ways. The fact that it seeks to have it so suggests an insecurity.

Equally, if it does seek to pontificate about morality, it needs to look inward. Morality, for the Church, is increasingly being define in narrow evangelical and Catholic terms: fundamentally, it’s about sex first, everything else second. Incite protests about gay rights, and make the occasional squeak about poverty to keep the lefties happy.

I find it deeply ironic that the Government is introducing something which it calls Islamic Finance at the same time that Christians are calling for more adherence to the Bible. Islamic Finance would be better termed Semitic Finance. It’s based on the Bible’s explicit ban on usury. I happen to think the Bible has a good point on this one. Yet have you heard a single Church leader point this out? In the run up to Easter, how many times did you hear a leader of the Church of England – one of the largest corporations in the UK – recount the story about Jesus throwing the money lenders out of the temple?

When did you last hear a Christian go on about Jubilee? 2000 I suspect. Yet Jubilee is supposed to happen every 7 years, not every 2,000. And it is supposed to apply to everyone, not just distant, convenient Africans. Next time you hear politicians from the Church of England pontificate about their importance as moral agents in society, ask them why they interpret this to mean getting into a lather about homosexuality, but not economic policy. 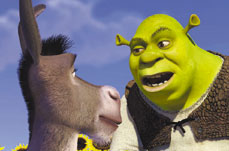