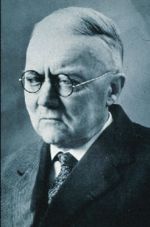 Caroline Lucas has just won the Green Party leadership election with 92% of the vote. Rumours that she is about to grow a moustache and answer to the name Saddam are apparently wide of the mark.

Seriously though, the Lib Dems should be worried about this. Not panicked by any means, but at least alert of what has been happening within the Greens over the past twelve months.

The decision by the party to have an elected leader means it has crossed a rubicon which in the past it has been unwilling to cross. Back in 1989, when it scored a record 15% of the popular vote, the party instantly fell apart over arguments about whether it should seek to consolidate this result or continue to act as little more than a spoiler vote, enabling voters to register the importance of green issues while not being corrupted by political office. The result was that many of the party’s best campaigners jumped ship. Since then, I’ve seen a steady trickle of Green party members who care about the environment but want to make a real difference rather than merely braying by the sidelines join the Lib Dems, including the blogosphere’s own Joe Otten but also Islington’s Finance Head Honcho Andrew Cornwell.

The decision to have an elected leader then marks a sea-change in ambition. The fact is, like any organisation, while it may have lacked an individual with the job title of ‘leader’ it always had leaders. They just weren’t elected. The result is the party has been a franchise for pretty much anyone capable of self-publicity to adopt. Regardless of their relative merits, a party cannot be both a Caroline Lucas party and a Derek Wall party and expect to be taken seriously.

The GLA result this year also revealed a seriousness of purpose. The Greens were entirely realistic about their chances and how to make the best of them in a way that the Lib Dems frankly were not. Their plan wasn’t dependent on them sharing media space with the Boris and Ken Show, nor was it saddled with a target seat strategy. The result – retaining both their share of the vote and their AMs – may not sound tremendous but given the circumstances it was a minor coup. By comparison, the plunge in Lib Dem support showed we had left ourselves entirely vulnerable to a squeeze on both sides.

Don’t expect any great successes in the short term. I certainly don’t share Dr Lucas’ optimism that they will be able to take a parliamentary seat at the next election (even if the result in Norwich South this year was impressive), and they will continue to have internal ideological debates for years to come (don’t we all?). But if they show strategic resolve over the long term in the way that they did in London this year and continue to target their resources, I would be very surprised if they didn’t start to make serious inroads. Once they have their first MP how long will it be before they start getting significant support across the country? Disparage them for being a repository for protest votes all you want, but that has been the Lib Dems’ stock in trade for a significant part of the last four decades. It might not threaten our held seats, but it will significantly threaten our ability to expand into new territory and achieve Nick Clegg’s target of 150 MPs within 7 years.

Tim Leunig has written an excellent, one page article in the Green Lib Dems‘ Challenge magazine about why Lib Dem support for road user charging is thoroughly wrong headed. Sadly, you can’t read the article online as it is GLD policy not to do so in order to encourage you to join the organisation (for the record, I disagree with that policy, but it is what it is). But it comes recommended.

Iain Dale seems to be the only person who reads Labour Home, and has come up with a couple of real gems over the past couple of days.

First of all, Recess himself has started thinking aloud about banning Tories from using Labour Home, although he has subsequently clarified that he only means banning them from writing articles. More bizarrely, Labour Matters has started questioning the wisdom of linking to non-TIGMOO blogs, singling out Tom Harris MP as an apple that has fallen too far from the True Labour tree.

Taking the Monkey’s intervention first, it would certainly be a shame. I know that in the past in a work capacity I’ve contributed to the site – not to troll but to bring issues to Labour supporters’ attention (just as we’ve also done on Conservative Home). This policy would mean that Labour supporters would have less opportunity to hear new ideas, thus increasing the likelihood that they will be walking around with bad ones bouncing around in their heads.

What Recess and Matters are both advocating is a virtual pulling up of the drawbridge. Psychologically, this is interesting in terms of what it tells you about the Labour psyche at the moment, and links directly to my post yesterday about Compass. Fundamentally, Labour activists no longer want to reach out – they want to talk (or, more often than not, fight) amongst themselves. A political party that does that is no longer a political party, but a cult. Think along those lines is tantamount to admitting you are not fit to govern.

But fundamentally, this is a question of economics – rarely a Labour strong point. You either believe in free trade or protectionism and this is classic protectionism. By putting up barriers, all Labour activists will achieve is to make it harder for themselves to get their message across on the internet.

Is this really the grand master plan New Statesman paid Â£50,000 for? And if so, will the likes of Jonathan Calder, et al be getting their P45s in the post soon?