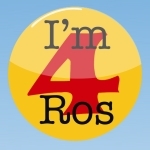 At the risk of being accused of picking on Chandila Fernando, I do have a couple of comments now that shiny version of his website has finally been published.

1) Now it has been launched, what is the point of the holding page? If it at least had a sign up form that would be something. As it stands it just makes the content another click away. Does no-one worry about bounce rates these days?

2) When will the UK English version be made available? I’m sure proposes to “decentralize” and “modernize” will go down well with an American audience but over here we call them spelling mistakes.

3) Why is it that whenever you point your mouse on the Libby Bird, it flies away? That isn’t just gimmicky, it’s annoying.

4) For all this talk about the party having a confusing brand, which brand will Fernando finally settle on? On the front page alone we have “Modernize, Streamline, Decentralize” and “The Troubleshooter: the activist, on your side, to turn it around.” Click on “About Chandila” and we get three more adjectives “Energy, Leadership, Enthusiasm.” Click on “Manifesto” and it becomes “The Fresh Face, New Ideas, Serious.” These are all very nice words, but how does this amount to a candidate that really knows what he’s talking about when it comes to branding?

5) If you’re going to launch a website days late, you ought to make sure everything is ready. Having an empty “Events” page and “coming soon” on the “Get Involved” page is pretty dire.

I know I’m open to the accusation of being mean here but if you are really trying to sell yourself on your professionalism, you really do need to get your ducks in a row.