Reading the top five girls’ names for this year, a thought struck me: EARS, the software that ther Lib Dems use for canvass data, has a special filter that identifies people as ‘possibly old’ based on the fashionability of their names. With names such as Olivia, Ruby, Grace, Lily and Poppy making a comeback, such a filter is becoming increasingly irrelevant.

On the other hand, maybe we should simply assume that if they’ve ever voted in the past, they’re almost certainly over-60.

A glaring bit of nonsense in an otherwise sensible article by Simon Jenkins today:

One of many reasons for not subsidising national parties is that it will further encourage them to ignore the public and live in the lap of the national press.

I note that he says ‘national parties’ specifically and not ‘political parties’ more generally (i.e. he seems to accept a different case can be made for local politics). But leaving that aside for one minute, and the ongoing argument that it depends on what kind of ‘subsidy’ you’re talking about (giving political parties money every time it engages with a member of the public would surely encourage it to engage with as many people as possible), this is illogical in the extreme.

The tabloid press exists because it flatters the prejudices of the general public. It is very much ‘in tune’ with the public. Therefore, if political parties were thrown into their arms, far from ignoring the electorate, they would be indulging it.

It’s a common fallacy to assume that something that you think is common sense is a view shared by the majority, and that the only reason it isn’t public policy is because politicians are wicked or ‘out of touch’. You here it all the time from environmentalists, constitutional reformers and teenagers (all three of whom I’ve spent most of my political career hanging out with).

The problem with our political system is not that the majority of the public don’t get the majority of what they want most of the time – they do. The real problem is that the system doesn’t allow for minority or dissenting views to be heard with any real force. A society which lacks meaningful self-criticism finds the process of change extremely difficult, even when it is neccessary. As such, we are beginning to resemble more of a closed society than an open one.

Democracy, for me, is about more than the majority getting its own way: that’s mob rule. Democracy has to be about deliberation and hearing all sides of the argument before rushing to conclusions. Our great challenge is introducing systems – and a civic culture – that enable that to happen.

What can one say, except Thumbs Down for Lembit? 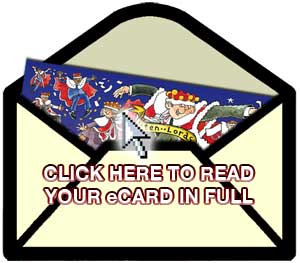 I can’t believe I’ve lasted this long without coming across MP Fight! – a very silly use for TheyWorkForYou’s API.

So police warning letters are more effective than ASBOs, eh? The problem is, they don’t sound very sexy. Or tough. Got to be tough.

I think John Reid should rebrand them as “Police Instruction Missive Actions” and set a “tough” target for all policy authorities to send out as many as possible. Of course, renaming them must surely require primary legislation, so expect a new Criminal Justice Act detailing exactly what font size to use and how they should be worded to be tabled soon.

Hurrah! All crime has now been solved.