As regular readers of this blog will be able to testify, whenever I say nice things about the other parties, it always comes back to bite me in the bum.

So it was that I backed Caroline Spelman and Ray Lewis, shortly before it became clear their actions were indefensible. And last weekend I wrote a favourable review of plans to cut VAT, responding to reports that the Labour Government were planning to do precisely that.

I still say that cutting VAT now and short term unfunded tax cuts in general, makes a certain amount of sense right now. They won’t stave off recession, but they could give us a softer landing. Doing nothing and whinging about how “I wouldn’t start from here” – the Tory approach – is likely to make things worse. What a shame therefore that the Pre-Budget Report was such a confused mess.

You can sum up the confusion at the heart of the PBR with one statistic: NI is set to increase by 0.5p in the pound. When you’re reduced to playing with silly numbers like that in taxation policy (and that’s only after 2011 – something tells me the Treasury will have rewritten their plans several times by then), it’s clear you lack the confidence of your convictions. It’s just so faffy.

Putting VAT back up in 13 months is just daft. Personally, I’m willing to be on it not happening. We’ll get to next November and the CBI, FSB et al will be lining up to demand the rise get deferred another year. And since when did the Treasury do January-January budgeting anyway?

What we needed was something strategic. Gordon Brown is a tactician, not a strategist and this has always shown in his budgets. It is all about the detail. The Lib Dem proposals for a tax shift are all about strategy – where we want to be in 5-10 years time not merely about getting out of the current hole. As it happens they would help there too.

And what of the Tories, this back to the 1992 bombshell stuff is already getting old. They’ve now replaced the vague, ominous threats with specific threats. The Treasury’s stupid fumble over releasing the wrong draft of the PBR enabled them to start talking about a VAT increase to 18.5%, and now they’ve managed to magic up a VAT increase to 20%. All very scary sounding stuff, except for two things. 1) You cannot argue, as Cameron and Osborne are that a 2.5% reduction will have no effect on the economy while claiming that a 2.5% increase is a “bombshell”; 2) If the situation is really as bad as they claim it is, if they do get into power they will either have to detonate the “bomb” themselves or slash public spending – we’re talking decimate the numbers of schools and hospitals here. In reality, they’ll probably end up doing a bit of both.

So it appears we are back to clear blue water: the Tories scarifying about tax increases and Labour scarifying about public funding cuts. None of this is to question the fundamentals of our economy or to ask why it is that individuals at the bottom of the socio-economic ladder pay so much in tax while those at the top pay so little. None of this is to question whether we can continue to base our economy on financial speculation. None of this is to ask how we might start to rebuild our industrial base. And don’t even mention the environment, that is so 2006. A return to party politics in other words, in which the main parties conspire to avoid talking about anything that actually matters.

So, what to make of the incarceration of Damo Green? We, not to disagree with a word of what Nick Clegg has to say, I find myself siding with Justin McKeating at the same time.

It IS very worrying, but I find it difficult sympathising with the plight of a party which – when in power – introduced a law which meant that the sound of the members of a certain political party’s voices could not be legally broadcast and who – if they ever do get back into power – would scrap the Human Rights Act (replacing it, at some point, with a vague and amorphous British Bill of Rights which they have stated would afford less rights to individuals suspected of criminal offenses) and hand the police even more powers.

Over the years I’ve often hoped for a bit more self-awareness in Conservative politicians and I realise it is a forlorn wish. They are the stupid party for a reason, after all. But you never know. 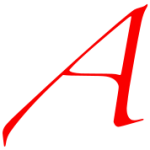 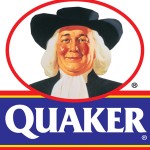 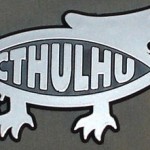