I fear my post on Thursday about Clegg’s reshuffle has roused the Labour Blogosphere into a frenzy of mock outrage at Jo Swinson being demoted from her post as youth spokesperson. Both Rupa Huq and Omar Salem are working themselves into a lather, with Omar singling out LDYS for failing to mention her demotion in their press release despite her being a former Chair of the organisation.

There are just two slight flaws with this analysis. Firstly, Jo has never been Chair of LDYS (although to be fair, she is a former Vice Chair). Secondly, and a little more significantly, she was not and has never been the Lib Dem youth spokes for the Lib Dems. That role, now performed by Lynne Featherstone, was until recently the responsibility of Tim Farron (current Hon President of LDYS, natch).

If I were a youngish MP I would be very wary of taking on the youth brief. It’s a poisoned chalice and one that can set back careers. Sorry Dawn, but look at the meteoric (as in, crashing to earth at great speed) career of Lembit Ã–pik for an indication at how it can set you back. Jo, as the youngest MP in the House, has I understand always been very wary of taking it on as a direct result. Being pigeonholed can be catastrophic for a politician.

If Labour bloggers want to feel bad for her, lament the treatment she received at the hands of Ming five months ago when she went from Shadow Scottish Secretary to a non-frontbench role on equalities, despite doing a perfectly good job under the circumstances (and bearing in mind the limitations of that post when the Lib Dems had not just a leader in the Scottish Parliament to contend with but at the time the Deputy First Minister as well), while the aforementioned Ã–pik got a promotion for presiding over the implosion of the Welsh party. Where were Jo’s newfound Labour friends then?

In any case, a little bird tells me that Jo’s demotion is not quite the step back as it first appeared. Watch this space.

UPDATE: It emerges that London Young Labour have press released this. What a bunch of buffoons.

UPDATE 2: Still no correction from Salem, but he’s decided that he’s Jenny Willott’s new best friend now. As it happens, he’s right here, as Jenny Willott does indeed appear to have been the party’s youth affairs spokesperson (shows what I know). But just to add to the confusion, I wasn’t wrong about Tim Farron either. 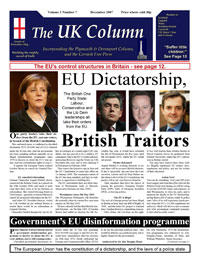