Stephen Tall has issued these questions for Lib Dem bloggers to answer over the weekend and so I thought I’d try to bash out my responses before dinner (UPDATE: not quite):

What are the greatest successes of the Lib Dem blogosphere?

Lib Dem Blogs remains a very powerful spine, although I personally find it is gradually being replaced by twitter as a tool for following blogs I know I already like. But its power as a means for helping good bloggers get quickly established (Mark Reckons and Himmelgarten Cafe are two recent examples) is as strong as ever.

The greatest single achievement in the Lib Dem blogosphere was the aforementioned Mark Thompson’s post about marginality and the MPs’ expenses scandal. This is a rare example of a blog post that actually helped set the national agenda.

What are we, collectively as bloggers, failing to achieve?

We aren’t a collective and so to a certain extent I don’t recognise the validity of the question. As I’ve said before, I don’t consider my blog to be part of a movement. It exists for me to get things off my chest and to advance my own, personal agenda, nothing more.

But if I was to put my party hat on for a second, the answer I think would be that we fail to really engage in much of a cross-party debate. We talk too much amongst ourselves. I think this is true of all party blogospheres so I don’t want to belabour the point, but it does mean that the average punter who finds themselves reading, say, a bunch of Labour blogs has very little chance of crossing over.

The other, moderate, failure has been LibDig although I am contemplating having another bash at reviving it. I remain convinced that social bookmarking is a potentially powerful tool for promoting the best of what’s out there in the internet and that sites like Digg are too vast for people to navigate their way through, but I don’t know what the answer is.

How does the Lib Dem blogosphere compare with those of the Labour, Tories and other parties’?

LabourList appears to have settled down into a decent Labour answer to Lib Dem Voice. Con Home is more of a party hub than either of them will ever be, but is less readable to people of a non-Tory persuasion as a result.

For all Labour’s problems with the Red Rag controversy, and notwithstanding its predecessors like Lib Dem Watch (which it looks like would have been Red Rag’s direct descendant had it ever got off the ground in terms of a great many of the people involved with it), it is the Tories who have elevated partisan attack blogging to an artform. There is little disputing the success of this type of blog in terms of readership, but I’m not that fussed about our failure to compete in this area.

How helpful is blogging as a campaigning tool (are there examples of it making a real impact)?

Mark Thompson’s achievement, above, aside, I’ve seen very little evidence of them being useful for setting the agenda outside of the rather incestuous blogosphere. I think their potential for marshalling the activist base however remains unexploited. It is notable that blogs were used by the party to encourage people to attend the Norwich North by-election to a much lesser extent than they were used in, for example, the Henley and Ealing Southall by-elections. Whether this indicates that the party centrally didn’t consider those earlier attempts to be particularly successful or just had other priorities, I could not say.

What do you think the next year holds in store for the Lib Dem blogosphere?

I predict that political blogging in general will degenerate into tribal name calling in the way that it did in the run up to the 2005 general election. Before then, blogging was much more cross party, albeit much much smaller. Personally I ended up all but giving up on reading blogs myself during that period although a large part of that was to do with the fact that I was semi-banned from blogging myself and had a target seat to run with a London-Glasgow commute to go along with it.

It will also become less tolerant of internal dissent, although to a certain extent even the most awkward of us tend to be less critical during general elections anyway. Honestly, it will be awful – part of me is tempted to just sit it out like last time.

That aside, I suspect Lib Dem Voice will go from strength to strength and may well find itself having a pivotal role during the election campaign and the post-mortem afterwards. Freedom Central, the Welsh Lib Dem ‘hub’ (presumably this particular hub isn’t based underneath Roald Dahl Plass), has the potential to grow into something significant. The Scots really need to get their own version up and running.

In terms of blogging however, the most interesting period will be after the general election, not before. The post-election period last time produced the Apollo Project, the Liberal Review and eventually Lib Dem Voice itself. I suspect that there will be an ideological battle being fought within the party after the election, with the classical liberal/libertarian Liberal Vision thinking the debate is about them versus the Social Liberal Forum, and the Social Liberal Forum thinking it is a much more nuanced debate about where the party makes the balance between economic and social liberalism. But fundamentally, the debate will be much broader than that and we can’t guess who the main actors will be.

The other factor will be technology. Neither podcasting nor vlogging have caught on in the UK political blogosphere; with a new generation getting older and attracted to politics by the general election, will we see this change in 2010?

I have given in to the fascist hive mind and contributed to the Will Howells guitar meme:

As it happens, I think fascist hive mind is indeed one of the alien races you can play in Cosmic Encounter. Available at all good game stores now!

Good grief – it’s all memes this time of year!

Well, I’ve been tagged by Alix Mortimer for the Crazy 8 meme, and so I’ll have a go:

8 things I am passionate about:

8 things I want to do before I die:

Finish PartyWatch
Beat Julian at Catan
Go freelance
Own a comic shop
Vote for and be part of the campaign that leads to a Lib Dem plurality government
Be an elected member of the second chamber of Parliament (no Commons for me!)
Read my own obituary
Visit New Zealand in an environmentally friendly way

Just fucking Google it!
I’ve got wood for sheep (f’narr!)
It was the cat
What would Judge Dredd do?
Fucking Moby
It’s all gravy
Cool
Yes (I say this too often in fact)

The Possibility of Progress by Mark Braund
Harry Potter and the Deathly Hallows by J. K. Rowling
Thrill-power Overload by David Bishop
The Nikolai Dante Omnibus by David Bishop (which I do NOT recommend)
Reinventing the State by Brack, Grayson and Howard (eds)
Location Matters by Tony Vickers
Judge Dredd: The Complete Case Files by John Wagner et al
1984 by George Orwell (which one of these days I will get round to finishing I promise!)

8 songs I could listen to over and over and do:

8 things that attract me to my best friends:

8 people I think should do Crazy 8s: 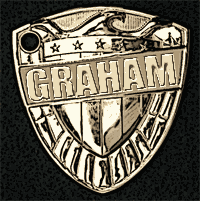