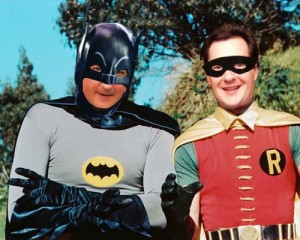 Both today are calling for Land Value Taxation, or at least they seem to be.

The Scottish Greens certainly are. Municipal tax reform in Scotland remains in deadlock and dependent on at least one other party agreeing with the principle of local income tax. That seems unlikely at the moment, even if the Lib Dems capitulate over the SNP’s insistence of greater centralisation (which does not look likely; what would they gain except appalling policy?).

Meanwhile, Guido is raving about the reprinting of Fred Harrison’s Boom Bust: House Prices, Banking and the Depression of 2010 (Guido also pats himself on the back at his prescience for predicting the housing crash in September 2007; modesty prevents me from mentioning that my first blog post on the subject was July 2006 and frankly I could have told you what was going to happen a long time before then).

Fred Harrison? You might remember me linking to this video earlier in the year. Harrison, aka the renegade economist, is a keen exponent of land value taxation and regards it as a crucial tool in the armoury against boom and bust cycles (actually, as the video indicates, he goes a lot further than that).

So yes Guido, Gordon Brown was very very wrong. But somehow I doubt your mate Gideon Osborne is going to be interested in Harrison’s prescription. The son of a baronet and Shadow Chancellor for the Conservative Party, it is his job to protect vested interests, not challenge them.

I was on MoreFourNews this evening, talking about Channel Four News’ YouGov poll of marginal constituencies:

(it’s all televisual LIES by the way – the whole thing was done in green screen in ITN’s underground Danger Room. I half expected Gollum to virtually take part as the fourth guest.)

Because the poll is mainly focused on Lab-Con marginals (with a couple of Lib-Cons and three way marginals thrown into the mix), there isn’t much to comment on from a Lib Dem perspective. The main lesson is that the polls are incredibly volatile at the moment. C4’s poll last month predicted a 150 Tory majority; now it’s down to 50. If that was the situation going into a General Election, a hung parliament would very much still be on the cards.

The other lesson is that the Tories are doing really badly when it comes to public confidence in their ability to manage the economy; a complete inversion from 20 years ago. George Osborne’s ratings are atrocious. And this is a potential opening for the Lib Dems. While 15% think Darling is the best chancellor, 12% say Osborne and 19% say Cable (and among Tory supporters, Osborne only beat Cable by 28% to 20%, a damning indictment in itself in my view). If this was a nationwide poll, Cable’s rating would no doubt be even higher.

As I discussed in my CiF piece today, that isn’t translating into support for the party. It is however something to build on. We finally appear to have started moving beyond our media-imposed narrative of going through a period of implosion and uncertainty. 2008 has been a relatively gaffe-free year.

All the post-Kennedy crap is still lingering, but it is fading fast and will have almost vanished by 2010. My prediction is that with Cable lending us credibility and Clegg an unknown quality, we’re currently looking at quite a good general election. Both Ashdown in 1992 and Kennedy in 2001 managed to defy the low expectations people had of them.

Clegg still needs knocking into shape; nothing will convince me that the confusions this summer over tax didn’t lead to our autumn conference being a wasted opportunity. But if he can learn from his mistakes then I still wouldn’t rule out net gains.