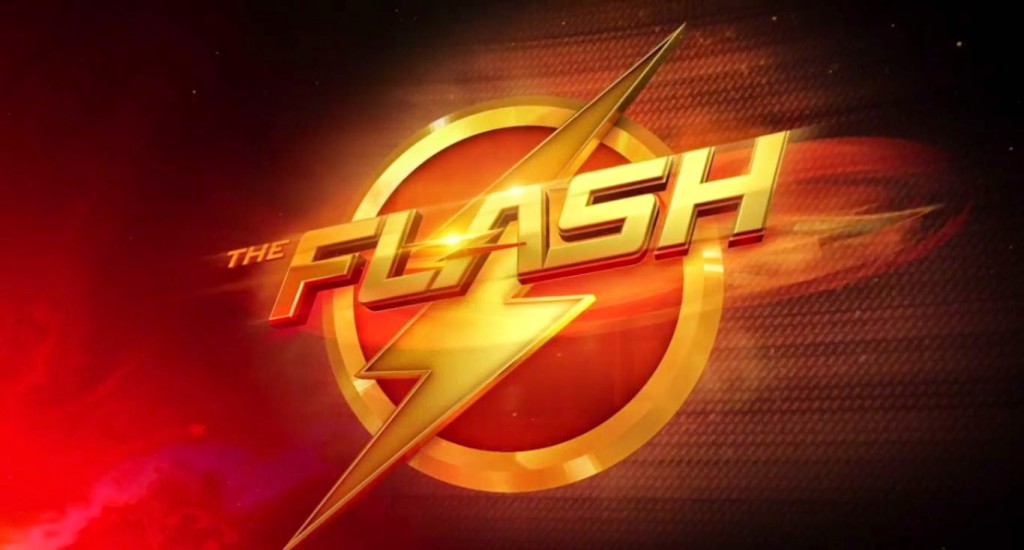 It’s worth pointing out that they’ve done a lot right with the series; the special effects are fantastic given the demands of television. Grant Gustin is just right for the role (it’s interesting comparing his frame with John Wesley Shipp’s in the 1990 TV series; it never made sense for Barry Allen to be as bulked up as Wesley Shipp was back then). And I applaud their decision to go for a multi-racial cast. But there are three main quibbles I have with it [SPOILER WARNING FROM THIS POINT ON].

The first is to include the backstory that Geoff Johns created for The Flash: Rebirth, in which it turns out that The Flash’s prime motivation has always been clearing his father for murdering his mother. I’m not a fan of this subplot because it is a classic fridging; murdering a female character to give the male hero a tragic backstory and motivation. The Flash never needed such a dark origin – it doesn’t add anything to his motivation. All it did in that series, and all it does here, is create some foreshadowing for some loopy time travel plotlines. In this particular case, it makes the series relatively unsurprising as we sit there awaiting for the Reverse Flash to appear (which may be Detective Eddie Thawn – who has the right name but that could be misdirection – or may be the suspicious and seemingly duplicitous Dr Harrison Wells). Indeed, many of the most boring aspects of the series are when it cosplays the comic strip. So it is that we’ve just seen Captain Cold begin to recruit the Rogue’s Gallery.

Secondly, all the villains thus far have been psycho killers – including the Rogues who have already appeared. One of the features of the comic is that The Flash’s main foes aren’t actually that villainous. The Rogues themselves have a strict code; they don’t kill. In the latest episode, Captain Cold has been offing people left, right and centre. Like all the other villain’s who have thus far appeared, he’s a grim, humourless monster. They’re all uniformly boring and lack characters.

Tonally, it seems almost dated when compared to Marvel’s cinematic output these days. Like the Man of Steel in 2013, they’ve made the costume dark and avoided naming the main character in the show itself. As I’ve already mentioned, the character himself is driven to get justice for his mother’s murder. And yet it balances this with a main character who simply isn’t dark, who spends half of each episode drinking cappuccinos with the main love interest. Is this The Dark Knight or Moonlighting? It can’t seem to decide, to it’s detriment.

Thirdly, they’ve pretty much ripped off the Smallville copy book. In Smallville, Superman’s arrival on Earth coincides with a meteor storm which goes on to pretty much explain every unusual event that happens for at least the first four seasons (I lost interest after that). At first, it was quite a nice idea, offering a neat explanation for all the weirdness that took place in such a small town. It got old, however, very fast. Ultimately, it was to the detriment of the show because it made everything too small scale for what was meant to be the origin of the most powerful superhero around. The show struggled to outgrow its origins ever since.

In the original Flash comic, Barry Allen gains his powers when he’s hit by a bolt of lightning while working in his police lab one night. The TV series keeps that basic idea, but adds the fact that the lightning storm was formed as a result of a malfunctioning particle accelerator. What’s more, just as Smallville’s villains were all people mutated by “meteor rocks” (kryptonite), in The Flash, almost all of the superpowered villains who have appeared thus far were similarly affected by the particle accelerator accident.

Of course, this is an even more restrictive premise than the meteor storm as it depends on everyone being affected in the same evening. Again, it makes the world of The Flash small by having pretty much everything revolve around his own origin. Even Captain Cold, who for once wasn’t given the particle accelerator origin, only acquires his cold gun because it was created as a potential weapon to stop The Flash. I dread to think how they plan to bring in Captain Boomerang, if everything has to have such a localised origin.

But the Smallville comparisons don’t stop there. Iris West, his love interest, has been made into a Lana Lang stand it, and is now a girl that he grew up with who considers him a friend but doesn’t know his secret. He father, Detective Joe West, is his foster father who performs functionally the same role as Jonathan Kent. The format, like early Smallville, is ruthlessly freak-of-the-week. They clearly found their formula and decided to squeeze The Flash into it.

Overall, what we have is a series which is overwhelmingly formulaic, which has imposed DC’s penchant for darkness onto a frankly very undark character, and offers us nothing new or interesting. Of course, most TV series start off fairly shakily and following an established formula before they find their feet. But this one, I fear, lacks any spark to suggest that it might ultimately become greater than the sum of it’s parts. Which is a shame.