Never mind Iain Dale’s Gaygate, I spotted an article about the latest series of Torchwood in which the author, John Scott Lewinski (any relation?), has this spot of wisdom:

And, in case fans weren’t aware, Torchwood boss Captain Jack Harkness (pictured) evidently has occasional homosexual tendencies — as does actor John Barrowman. This reporter wasn’t sure if folks had picked up on that subtle plot point communicated in the show’s whispered subtext during the two previous seasons. That fact seems to eclipse what has become a very good sci-fi show.

Assuming this is sarcasm, WTF? The “gayness” has always been an integral part of Torchwood. If sex has, on occasion, got in the way of good plotting, it hasn’t actually been Captain Jack’s “gayness” – indeed he is the only character whose sexuality hasn’t been annoying in the show.

How on Earth can someone tut about the occasional angst-free gay snog, while ignoring the fact that the series was almost destroyed by Gwen and Owen’s disastrous (and conveniently forgotten about) fling in the first season? Indeed, the ugly sex that has marred the series on occasion has almost entirely been heterosexual. You could make the claim that it is heterophobic (I think it was more a case of trying too hard), you could even make the claim that Barrowman’s scenery chewing has got in the way. But Captain Jack’s omnisexuality is one of the few things the series has got right.

Incidentally, you can still support John Barrowman’s penis on Facebook. Stick it to the Daily Mail!

Yes, I know this is too geeky for words, but it made me laugh: 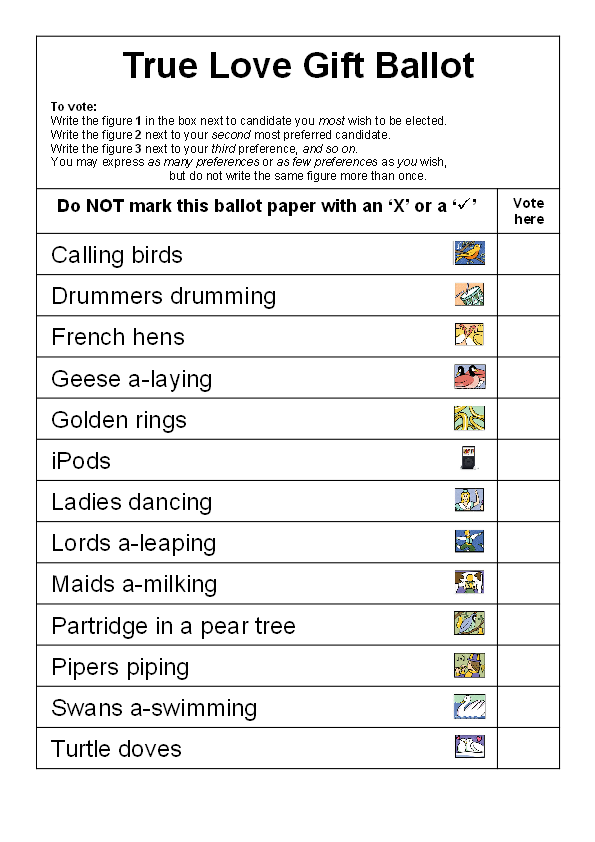 A little under a year ago, I took part in an Iain Dale-initiated meme to make eight predictions for 2008. Here they are again, together with an assessment of how accurate they proved to be:

1. Clegg to learn to trust his instincts, distrust his yes men and subsequently the Lib Dems to get back up to the low twenties in the opinion polls and to make steady progress over the year.

That’s a yes, a no and a no. A year on I’m a little more ambivalent about his instincts as well.

2. After another period of stagnation, and Brownâ€™s Black October a distant memory, the Tories to resume the civil war which was giving them so much fun up until September.

Well, that hasn’t happened yet, but there’s always hope. I completely failed to predict Labour’s continued path to self-destruction for the first six months of 2008. However, the tide has now turned and things don’t look quite so rosy for Cameron and co. I expect some fireworks.

3. A House of Lords Reform Bill to receive its third reading in the Commons (could easily happen and with the next general election now likely to be 2010, there is time to stand down the Lords obstructionists).

In retrospect, this seems remarkably naive. Sure, Labour could have ploughed on with this, but the dim light of hope that Brown might emerge as a true constitutional reformer (which is how he launched his premiership after all) proved utterly naive.

4. Following much faffing about with this upcoming citizenâ€™s summit, the government to formally begin a constitutional convention in which electoral reform is very much on the agenda.

Hah! See point about 3, above. I’m amazed at some of the shit I write sometimes.

5. ID cards to be scrapped.

Sort of half-right. ID cards weren’t scrapped, but the government’s plans did turn out to be utterly unworkable. Instead of scrapping the scheme however, it has adopted a divide-and-rule approach, insisting on farming ID cards out to immigrants and students first.

6. Clegg to hold a third tax commission, rowing back from the disappointing second one which (despite Vince Cableâ€™s assertions) saw us embrace the conservative consensus to cut IHT and a withdrawal in Lib Dem support for wealth taxes.

If only. And with Clegg’s over-exuberant comments over the summer, the hole in our tax policies have just got worse.

7. The government to finally wake up and introduce a German-style feed-in tariff to promote micro-generation.

8. The public to embrace the Sustainable Communities Act.

Where they have heard about it, they certainly have embraced it, with dozens of councils now signed up to it. The problem is, so few people have heard about it and the Department of Communities and Local Government have been shy about telling them.

Overall: two out of eight. Far too much wishful thinking on my part – I will be far more cynical about 2009.