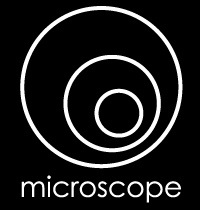 I loved Elizabeth, the original Shekhar Kapur / Cate Blanchett film. Sure it was historically inaccurate, but it was done with such aplomb. Basically the film was The Godfather Part I in a frock.

So I was expecting Elizabeth: The Golden Age to be the Godfather Part II. Sadly, it was rather closer in quality to Part III, with the excrutiating romantic subplot, but without the downbeat ending. At least no-one makes pasta at any point.

First of all, the two most interesting and potentially cinematic aspects of this period of Elizabeth’s life were the rivalry with Mary Queen of Scots and the Armada. Neither of these are handled particularly well. What we get instead is a silly romantic triangle between Elizabeth, her lady in waiting Bess Throckmorton and (Sir) Walter Raleigh. Raleigh is an interesting figure in his own right, but hardly a central part of Elizabeth’s life, so it is questionable why he is included at all. Worse still, he is elevated to the status of Greatest Living Englishman, singlehandedly discovering America, defeating the Spanish and (almost) bedding the Virgin Queen. Legend aside, only the former has any basis in fact. Francis Drake is reduced to a two line, two scene part, ceding his role entirely to Raleigh (they should have gone the whole hog, Monty Python style and referred to him as “Sir not appearing in this film”). I’ve got only one word for that: bowls.

As for Elizabeth, Blanchett remains a fantastic actress and does the best with what she’s been given. But ultimately, the characterisation of her is unbelievably crass; it boils down her being a middle aged woman in dire need of a shag. While this is a fairly interesting refrain up to a point, bringing Raleigh into the equation leads to the film getting swamped in melodrama. Poignancy is sacrificed in favour of operatics.

As for Mary, while she is ably performed by Samantha Morton, she is given almost nothing to do. I would suggest that this should have been the central relationship in the film, yet Elizabeth’s initial refusal to execute her and final acceptance that she should is got out of the way in the course of a single scene, all tension lost. At least she gets a good death scene, dolled up to look all the world like BjÃ¶rk.

The film alleges that the Babington Plot was botched deliberately to force Elizabeth to execute Mary and thus give the Spanish a pretext to invade. But the more famous conspiracy theory – that Walsingham framed Mary to get her out of the way – would have been much more interesting to film (Walsingham in general is presented in a remarkably sympathetic manner – he gets away with brutally torturing people and still gets to be the good guy – Donald Rumsfeld must love this film). Indeed, none of the court intrigue of the first film is retained – the conclusion we are invited to believe is that only Catholics are capable of such cloak and dagger stuff. Indeed, a more anti-Catholic film you are likely to be hard pressed to find. It’s almost like the English’s revenge for Braveheart (albeit directed by an Indian).

The final invasion is disappointing. This is one of the greatest sea battles in history; all we get are a few close up shots of sailors crawling around with missing limbs and Clive Owen looking all moody and heroic. What we wanted was something like a reined in version of the fight scenes in Pirates of the Carribbean; what we got was TV movie cheapness.

There’s a motif throughout the film of people going on about wind – obviously foreshadowing the events leading to the destruction of the Armada – but quite what point they are trying to make evades me. Sure, I get the fact that there was a “wind of change” going through Europe at the time, but I get the feeling they are trying to make some kind of more deeply profound point which I missed completely.

The first film ends on an ambiguous note, with Elizabeth adopting the persona of the Virgin Queen. This film ends with her effectively becoming the persona. This itself should be an ambiguous ending, but what happens is that the botched invasion convinces Elizabeth that she is chosen by God and she essentially is Born Again. Fair enough, but the director appears to agree with her; the wind that destroyed the Spanish fleet is all-but suggested to be the Holy Spirit Itself. Maybe it is my atheism showing through, but to conclude this is to paint Catholics as not only bad during this period of history, but as fundamentally Godless; this is a pretty brave theological statement. But it also makes for boring cinema. So you got lucky, Liz, get over yourself. Isn’t the randomness of history so much more interesting than lazy notions about destiny?

Ultimately, the core cast are excellent (apart from Clive Owen who is just Clive Owen), but the film is one long list of missed opportunities. Where the first film gave us shades of grey, here we have only black and white. Ultimately this smacks of a political agenda that simply gets in the way of what should have been an excellent film.

I’ve just come across this public information film from 1949 (or try here) about the post-war education reforms. With hindsight, I’m a bit ambivalent about the politics, but the sentiment is touching, and the quality of the animation is breath-taking.

Remember: this is a public information film. I was looking for a different one involving a certain Charley.

William Huskisson MP, the first person to be killed by a steam locomotive (the Rocket no less), was friends with Thomas Hare, the inventor of the single transferable voting system, who only narrowly escaped death seconds before.