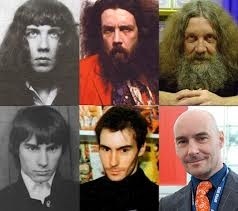 Sooner or later, someone is going to come up with the idea of a story about two wizards – a hirsute, midlander who worships a made up god and dapper suited, bald Glaswegian chaos magician – and the bitter feud between them. The real life story about the animosity between the UK’s greatest living comics writers Grant Morrison and Alan Moore is nothing like as dramatic, but for anyone who has even a modicum of respect for both of them, rather compelling.

We aren’t talking about a massive feud here, incidentally. The two don’t publicly attack each other at every opportunity. The intrigue is rooted in the fact that both writers have very similar interests and backgrounds, and why exactly it is that they have managed to rub each other up the same way

Pádraig Ó Méalóid has written a synopsis of the disagreement which Grant Morrison has taken exception to and comprehensively fisked. You can make your own mind up but to a large extent it is impossible to arbitrate on the issue without your own prejudices about either writer getting in the way. In the interest of full disclosure then, let me say this: on balance I am probably more of a Grant Morrison fan, so take what I have to say on the topic with that particular pinch of salt.

Although I think he is right on the broad thrust, I don’t entirely agree with Morrison though. I think he let’s himself off a bit too gently with his justification that his column Drivel for Speakeasy magazine, which he wrote in the late 80s, was purely work for hire on which he was working to a specific brief. While it is self evident to anyone who has read them that the columns were tongue in cheek – at one stage, I vividly recall his dictum being that “99% of comics are shit except for the 10% that I write” – the fact is that this persona was rehearsed in all the media interviews he gave at the time. What was quite funny a few times rapidly ceased to amuse and he slowly became the parody that he was mocking at the time.

Morrison and his then writing partner Mark Millar were given unprecedented editorial control over 2000AD in 1993 (“the Summer Offensive”) and the two set about tearing up the comic from its roots and implementing the sort of philosophy that Morrison had been espousing in his Drivel columns for years beforehand. The result was an utter disaster, best forgotten. Morrison and Millar’s take on Dredd is the worse mishandling of the character in its long history. I recall in an interview atbthe time Morrison denouncing Dredd-creator John Wagner for not writing funny Dredd strips any more. Ironically, even at his most serious and po-faced, Wagner manages to inject each episode with more genuine humour than Morrison and Millar managed in their entire run on Dredd.

To cut a long story short, in the early 90s, Grant Morrison was a bit of a dick. Having suddenly found himself rich and successful after more than a decade as a struggling writer (his graphic novel Batman: Arkham Asylum hit the bookshelves at the height of Batmania following the release of the 1989 Tim Burton film), discovered the drink, drugs and sex that he couldn’t afford and wasn’t particularly interested in during the early part of his career. In his 30s, he went on a teenage bender, something which almost destroyed him as a writer.

But the important thing is, he grew out of it. The Morrison who emerged over the following decade was a different creature altogether. Most of his works during this period have a sort of life affirming therapy quality to them, with Morrison himself effectively starring in The Invisibles, Flex Mentallo and The Filth.

I find the claim by both Moore and Michael Moorcock that Morrison is a creatively bankrupt thief of their work to be utterly bizarre. If you want to read a sub-Alan Moore deconstructionist and misanthropic take on the superhero genre, you need merely screw up a copy of Watchmen and throw it over your shoulder; the chances are you’ll hit a comic by a writer taking precisely that approach. On a superficial level, there are clearly similarities but where Morrison’s work is all about hope amidst the darkness, Moore’s work is, well, darkness amidst the darkness. They are so incomparable that it is barely worth even rebutting.

And this is the nub of it: Alan Moore’s complaint about Grant Morrison appears to be nothing more than a massive troll, and potentially an attempt by Moore to get his own back for a couple of mean-spirited things Morrison said about him during his idiot period. But as Morrison says, during the Drivel years, Morrison was a 30 year old still struggling to find his place in the world. Alan Moore is a highly successful man in his 60s. In the context, it is hard to deny that Moore is the bigger dick (term used in the strict Wheaton sense of the word).

I have heard more than once people defend Moore when he says his more outrageous things that if you hear him say them in person it is clear he has his tongue firmly in his cheek when he does so. But if this is all an act, is there a risk that Moore himself ends up resembling the persona he is pretending to be? We await to see what Jerusalem is like, but the fact is that most of his work over the past decade has given me the sense of a man coasting. The League of Extraordinary Gentlemen is good fun and a gentle read, kind of like putting on your favourite slippers, but nothing like as edgy as it thinks it is. Century had nothing to say ultimately other than “modern culture (and particularly Harry Potter) is rubbish” – the familiar old man lament since time immemorial. We appear to have reached the point in which Alan Moore has little more to say than “99% of modern culture is rubbish, except for the 10% that I write” – the only difference between this statement and Grant Morrison’s own utterance more than 20 years previously being that even at the time we knew with complete certainty that Morrison was taking the piss.

It’s great fun to watch Alan Moore be rude and nasty about everything, but there comes a point where it’s just rudeness dressed up as criticism. I think he went passed that years ago and it’s time he reined it back in. I suspect that if he did, his work would significantly improve as he was forced to move outside of his (cynical and world weary) comfort zone.

Still looking forward to Heart of Ice though.