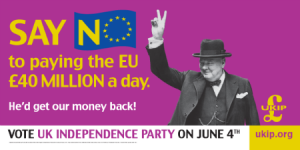 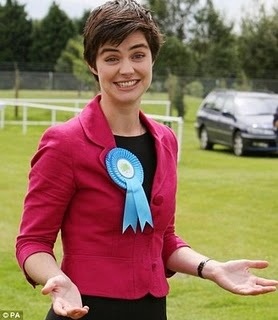 It was quite a surprise to see Chloe Smith resign last night, less than 48 hours before her team was due to carry the Transparency of Lobbying, Non Party Campaigning, Trade Union Administration and Anything Else We Can Think Of Bill through the House of Commons report stage. I find it hard to believe that the two incidents can be a coincidence.

Over the last nine years I’ve had to follow the work of the various junior ministers in charge of constitutional reform or their equivalents and I can safely say that Smith was the least impressive one. She has the most obvious “tell” I’ve ever seen in a senior politician; whenever she knows she’s talking out of the top of her hat, she starts beaming like the Cheshire Cat, like it’s all a tremendous joke. It isn’t a terribly redeeming quality, and one which did her no favours at all at the dispatch box, where she often gave the impression that she wasn’t taking her job at all seriously.

She is leaving to spend more time with her constituency, and it is fair to say that she will struggle to hold onto her seat which was, after all, a by-election gain. She’ll be joining the ranks of a number of politicians who thought that the best way to get ahead was to be impeccably loyal and do all the dirty jobs that no one else wanted. The sad truth is that while prime ministers often find such pliancy useful, they seldom respect it and it is almost never rewarded.

But what of the bill she is walking away from? The Lib Dems are now claiming that all the problems with it have been solved. However, the same people also insisted, and still do, that there wasn’t a problem in the first place. The legion of charities, trade unions, voluntary sector organisations, lobbyists and backbenchers who have lined up against it are currently waiting to see what the government’s actual amendments say, no longer giving ministerial assurances any credence.

It is a strange debacle that a stronger minister in charge would surely have been able to prevent; indeed, the fact that the task of getting the bill through parliament was taken out of Smith’s hands and put into the hands of the similarly tarnished Andrew Lansley was a significant vote of no confidence in her. But it has to be said that this is a debacle largely of the Liberal Democrats’ making as well.

The fact that Clegg himself could not be involved with anything to do with lobbying regulation was a strong reason for him to move to a different department in last years’ reshuffle. The lobbying register was the one political reform the Lib Dems had left to claim a victory over after the mess of the AV referendum and House of Lords reform.

It is also clear that much of the pressure to regulate non party campaigning came from the Lib Dem camp as well. The first hint anyone had that this legislation was being planned was in the publication of Lord Tyler’s attempt at cross party agreement on a party funding reform bill, published back in May. Overall, this is a very strong piece of work, proposing a way to introduce party funding while not actually increasing the overall cost of politics to the taxpayer. Yet, to hear Lord Tyler talk, it was clear that it was the non party campaigning section which got him the most excited and he was alarmingly quick to dismiss the criticisms being levelled at it.

Overall, this has been a farce from start to finish. Hopefully the House of Lords will be able to steer it in a more sensible direction. But the rushed through process itself ought go deeply concern any democrat. In the past, the Liberal Democrats were always the first to criticise governments for rushing through legislation without recourse to proper pre-legislative scrutiny or consultation; it has been truly shocking to see them become its greatest advocates over the past couple of months.