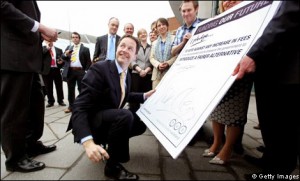 As former, disgruntled party members go, I think it is fair to say that I’ve been remarkably discreet and reasonable. I’m not a huge believer in trashing my former colleagues (and still, in many cases, current friends) in some vanity exercise designed to justify my resignation ex post facto, and tend to distrust the judgement of people who feel the need to endlessly do so. Aside from a couple of blog posts, I’ve generally kept pretty schtum, and have very little time for those who denounce the Lib Dems as having sold out and failed to achieve anything in government, as if the position they were put into wasn’t fiendishly difficult or that the alternative – a Tory majority government – would be somehow better. Generally speaking, while I think they are getting the big picture pretty badly wrong, on a daily basis the Lib Dems are making a very real difference in government.

You can tell there’s a but coming, can’t you?

But, then. Tuesday. What, the actual, fuck? Just for the sake of argument, let’s completely ignore the human cost of yesterday’s vote on benefits. Let’s just focus on the politics. Back in September, flushed with his (non) apology about his handling of the tuition fees debacle going viral on YouTube, Nick Clegg issued an ultimatum: “For me, it is very simple. You can’t have more cuts without more wealth taxes.”

Well, aside from some tweaking to the pension rules, he didn’t get any wealth taxes this autumn. But you know what? The cuts are happening anyway. So much for “it is very simple”.

Unless, apparently, you are Stephen Tall: “It’s the kind of compromise that happens within a Coalition government.” Well, er, no. The “compromise” was that the Tories would get a cut in benefits and the Lib Dems would get a wealth tax. Spinning retrospectively that all that has happened was Cameron and Clegg split the difference is delusional. What actually happened is that Clegg made an opening gambit, Osborne called his bluff, Clegg blinked, and got a pity concession so he could at least pretend to have saved some face. Carry out your threats or don’t make them; you won’t get a second chance.

Putting benefits at the centre of a horsetrading negotiation is one thing. Failing to carry out threats is quite another. You can argue that the Lib Dems have conceded too much in this coalition, but tuition fees aside, they haven’t actually done that bad a job of over-reaching or making pledges they weren’t prepared to stand by. Clegg, to his credit, has carried out his threat to block boundary changes in exchange for the Tories’ betrayal over House of Lords reform (although the fact that the zombie boundary review lives on within the pages of the Mid Term Review speaks volumes about the weak leadership of both Cameron and Clegg). Things were looking up. Today’s capitulation however can’t be put down to naivety. What it suggests is that for Clegg there ultimately is no bottom line and no point at which he is prepared to walk away. What it tells Osborne is that he can merrily keep salami slicing the welfare bill, and the Lib Dem response will be the Stephen Tall “genius” move of “splitting the difference” each time. It would be comedy gold if it didn’t affect the lives of so many vulnerable people.

Speaking of comedy gold, it should not be forgotten that the Lib Dems communications department would very much like its parliamentary party to keep pushing the line that “The Conservatives can’t be trusted to build a fair society.” Based on today’s performance, it is manifest that that assertion is not true. Of course you can trust the Conservatives. They have an agenda and they doggedly stick to it. They might not want a fair society (although by their standards, and many voters’, they do), but they can damn well be trusted. That consistency counts for an awful lot in the electorate’s eyes.

Oh, and a final thing. I really don’t understand why it is that so many Lib Dems are so up in arms about Ken Clarke’s secret courts legislation, with talk of special conferences and all out war coming my way from numerous sources, while the best welfare gets is a shrug of the shoulders. It isn’t that I don’t think civil liberties are worth standing up for; it’s the lack of a sense of proportion. Enabling the government to hold secret trials, at most, might affect thousands of people. Benefit cuts stand to affect millions.

Even if you agree with these cuts, from a civil liberties perspective, surely last year’s legal aid cuts were more onerous than the secret courts? I just don’t understand why so many seem prepared to die in the ditch over a principle that affects a tiny minority, while don’t appear capable of doing anything more than shrug their shoulders over cuts which affect a whole segment of society. Again, it appears dangerously to resemble displacement activity; the wider cuts are too hard and too vast, so it is easier to focus on small measures and exaggerate their importance (see also: this utter preoccupation with Labour hypocrisy and opportunism as if that somehow justifies anything whatsoever).

90% of the criticism of the Lib Dems is at best unfair, at worse downright mendacious. But what I saw on Tuesday was a party that has ceased to have any kind of strategic nouse or moral compass whatsoever; that will doom them more than anything.

No-one can deny that collective bargaining has brought ordinary people very real rights that they could never have acquired through other means. Every employee in the country has a lot to be grateful to the Labour Movement.

But there comes a point where the disadvantages of the hive mind approach starts to outweigh the advantages. Arguably, that point was reached in the 1970s when the Unions began to behave as if they could order governments around, whether Labour or Conservative, which inevitably resulted in a backlash and thus their nemesis, the very much undead alive Mrs T.

I would argue that another example of its limitations is going on right now. For the last ten years, local authorities have been obliged to pay female workers on the same rates as male workers. Yet, fearful of job cuts, trade unions have been negotiating pay deals which undermine affected women workers, to the point that they have been frequently shown to be illegal.

In this case, collective bargaining has meant that unions have compromised womens’ rights, many of whom were never even consulted. Now, you might argue that the needs of the many outweigh the needs of the few, but the law’s the law, and the union-brokered deals have relied on these women, some of the most vulnerable in society, being ignorant of their rights.

Women have had no recourse but to get solicitors to fight their corner, and there are plenty of solicitors willing to take these cases on on a no-win no-fee basis (not least of all because they have pretty cast iron cases).

This is, in fact, a classic example of capitalism working to empower and protect people’s rights. A cause for celebration? Well, according to trade unionists, the lawyers who are helping these women are, to quote Chris Mullin, “parasites”. This view was echoed by Phil Woolas on the Today programme on Tuesday. That vanguard of socialism Nick Cohen says much the same thing.

Some of us happen to think that rights are indivisible; if there is a genuine tension as in this case, then local authorities should consult with the whole workforce, not leave it to their buddies in the unions to stitch it up for them. If Labour truly believe that women’s rights can be negotiated away by (predominently male) trade unionists, they should simply put their money where their mouths are and scrap the Equal Opportunities Act. After all, we know they only consider their much vaunted all women shortlists a priority if one of Gordon Brown’s pals doesn’t want the seat.

The most grimly ironic thing about all this though is that it was Labour who introduced pro bono in the UK as a first step to their dismantlement of legal aid. Overall, I’m sure they will be comforted in the knowledge that where trade union incompetence hasn’t left them so open to legal action, vulnerable people will have much less recourse now.