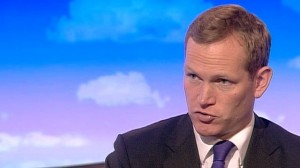 The Times’s interview with Jeremy Browne today (link to the Guardian because it doesn’t have a paywall and there’s nothing in the Times original that you’re missing) highlights for me the inherent contradiction of the Lib Dem right wing.

They’ve always veered between two modes. One is that the wicked left of the party have tainted the party with social democracy and the purity of liberalism. This was the general approach of the Orange Bookers and the narrative that Nick Clegg presented during his rise to prominence. The other is to denounce the left for wanting to be a party of protest in permanent opposition. Notoriously, this was the subject of a Nick Clegg speech earlier this year, but it was also the main tactic 15 years ago when the right (the majority of whom were the same people), were arguing that the Lib Dems ought to be repositioning for a permanent alliance with the Blairite New Labour.

In Jeremy Browne’s flounce in the Times, he manages the double: the wicked left both want to be in permanent opposition and are not proper liberals. What’s interesting though is that it appears to be an open secret that the main reason he was sacked from the home office was because he was so comfortable with the Tories’ anti-immigration and increasingly authoritarian policies.

In theory, the one thing that unites Lib Dems across the spectrum is that they are liberal on social issues. The Orange Book narrative was always that the left, with its suspicious closeness to the Labour Party and love of the state and positive freedoms were the most susceptible to drifting into a “nanny state knows best” mindset. In practice however, it has consistently been the right which has ended up professing a love for Big Brother. Back when Mark Oaten was the right’s golden boy, he came up with the term “tough liberalism,” the only substantial application of which was support for ID cards.

Jeremy Browne can’t be entirely blamed for the Lib Dems’ tacit support for authoritarianism in government, even if it does appear to have accelerated since his promotion to the Home Office last year. It does appear however that the right in the party has a problem with definition. 10 years ago, the Orange Book launched on the premise that the right was economically liberal but still share the socially progressive goals the 20th century Liberal Party championed. Over the course of that decade, they have gone further back, increasingly ditching economic liberalism in favour of the classical liberalism of Gladstone where the only thing that mattered was unfettered markets. With the right’s poster child having now revealed his true disdain for basic liberal values such as civil liberties and the freedom of movement of people, you’ve got to ask yourself: what, aside from conservativism, do they have left?

1 thought on “Jeremy Browne: off his trolley”