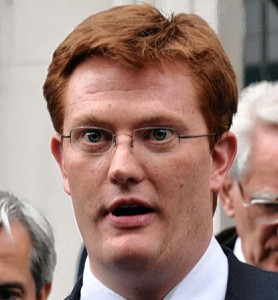 Unlike a lot of disgruntled former Lib Dems (and, for that matter, disgruntled current Lib Dems), I still have a lot of time and sympathy for the party. I still think that joining the coalition was the right thing to do. I see the Lib Dems stopping Tory madness on a daily basis and anyone who doesn’t accept this must either deluded or plain dishonest. I oppose many of the welfare reforms, but recognise that with Labour offering virtually no opposition on the subject and public opinion very much in favour, there is not a whole lot they could really do.

And while I’m distinctly uneasy about George Osborne’s economic policies and the Lib Dems’ support for it, I will give him this: even if he wanted to adopt a dramatically different approach, the combined forces of Germany and the financial markets would make it exceedingly difficult for him to do so. And while it’s possible the recovery would have been swifter if we had borrowed more and cut less, I can’t honestly say that I know this to be true.

But much of my respect for the Lib Dems’ work in government is rooted in the fact that it was a responsible decision in the face of economic chaos. It stops right at the point where I think they start signing up to policies which are economically irresponsible. And that brings us to this “help to buy” scheme.

I am hardly the first person to point out that inflating house prices at this time to help people to take out mortgages in an untargeted way will simply help to increase property prices in an unsustainable way and price even more people out of the market altogether. I was alarmed to hear Danny Alexander on the radio this morning denying that the current rate of unaffordable house prices was even a problem and insist that all that was needed was easier access to mortgages. To hear him wistfully talk about how he got a 95% mortgage “25 years ago” (which meant he got his first mortgage when he was 16, incidentally), made it sound as if the Lib Dem policy was now simply a case of returning to the old housing boom fuelled economics of the last few decades and had lost all interest in learning from those excesses.

Housing was one of Labour’s greatest failures. More than anything, their failure to get Britain building during the noughties both heightened the boom and deepened the inevitable bust. And of course, the housing benefit bill would not have escalated in the way it has done. Yet, tellingly, this is one area of policy the coalition have failed to attack Labour on. In the case of the Conservative wing, the reason is fairly obvious: they are engaged in class warfare and very much see the retention of an economy in which the elite’s rent-based wealth is preserved. Historically, the Liberals and Liberal Democrats stood against that sort of thing, at least in the 20th century. Cynics like myself bemoan that Clegg and his former adviser Richard Reeves are part of a faction within the Lib Dems that consider the 20th century Liberals an aberration and see themselves as merely the heirs to Gladstone. It is hard to dispute that when you hear them talking about this issue.

The 2010 Lib Dem manifesto had this to say about the economy:

Fairness is an essential British value. It is at the centre of how the vast majority of British people live their lives, but it has been forgotten by those at the top. Instead, greed and self-interest have held sway over the government and parts of the economy in recent decades. They have forgotten that growth must be shared and sustainable if it is to last.