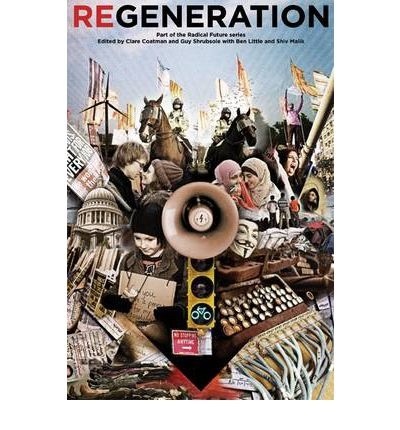 On Thursday I attended the Foyles launch of Regeneration, a collection of essays focusing on the theme of intergenerational equity. A number of my more talented past colleagues from the Yes campaign we’re involved in the book (one or two are even brave enough to admit this past affiliation in their biographies!), so I thought I should show up in support. Having got back, I thought I would write a short post, not to criticise a book I haven’t read (indeed I encourage people here to read it, which is free to download after all), but to pose some questions which the discussion at the launch provoked and which I hope to come back to later.

Long term readers will know that this has been one of my pet subjects; indeed in 2006 I contributed a chapter on the subject for a pamphlet. It is interesting to read that chapter five and a half years later, with all it’s dire predictions of the housing market collapsing and the credit bubble bursting. Thank goodness that never happened, eh?

The main frame of this new book is to look at intergenerational justice from the perspective of the cohort born from 1979 onwards, the so-called Thatcher generation. I can understand why they chose this frame, but I’m not entirely sure it is that helpful.

For one thing, it airbrushes my cohort out of existence entirely. The baby boom is generally held to have ended in 1964, ten years before I was born. While the nifty rewrite of history would have you believe that no one (apart from St Vince) predicted that the economic model was actually working, particularly for young people, before the crunch, the fact is that there were indeed growing anxieties being expressed by people my age who were struggling to understand how they were possibly going to get onto the housing ladder. The economic crisis may have lead to the creation of a “jilted generation” but it is at least worth spending a few minutes considering the experience of the cohort before them and ask why precisely their concerns failed to capture the public imagination. It will be interesting to see how the book tackles that, if at all.

But my main concern with the 1979 boundary is that it invites a narrative which I worry is spectacularly unhelpful – and indeed one which has been actively encouraged by many baby boomers. That is, that by treating the rise to power of one Margaret Hilda Thatcher as a sort of Year Zero, the reflexive response is to think along the lines of merely having to get back to those halcyon days before she took charge.

Let’s be clear about one thing: Thatcher did not emerge in a vacuum. She took control, and had a particular agenda, precisely because of the abject failure of the left in the 1970s. For pretty much a decade before, successive governments of different hues attempted to appease the trade union movement and failed. Now, you can argue until you are blue in the face that the trade unions were all a bunch of misunderstood pussycats, and you can certainly argue that Thatcher was the wrong solution, but you can’t claim that the left had done a remotely good job at inspiring popular solidarity during that period.

Nor would I argue that the problems were limited to the 70s. However great an achievement the post-war consensus was, the fact is that it was funded off the back of foreign debt (of a model which we should perhaps be revisiting) and extremely high income taxes. Adam Ramsey suggested at the launch that universalism as failed to unite the middle and working classes; I would argue that one of the reasons it failed was because it was paid for by people’s hard work. Perhaps because of the Cold War and anxiety about communism, the notion of funding universal welfare from wealth was never really broached since the Lloyd George’s plans for a land value tax burned two ashes on the fields of the First World War.

In short, what I’m suggesting is that perhaps the post war consensus was not quite the rose garden that those baby boomers who benefited from it before tearing it to shreds would have us believe, and that if we analyse everything purely within the frame of how we can get away from post-Thatcher neo-liberalism we risk simply repeating the mistakes of our forebears. Once again, it will be interesting to see how the book deals with the wider historical perspective.

Finally, one of the things that surprised me about both the discussion at the book launch and from searching through the PDF of the book itself, was the lack of attention given to intellectual property. My search function can find no references to IP itself, to “piracy” or to “copyright”. I’m genuinely surprised by this; what issue better demonstrates the intergenerational divide than online piracy?

I wrote a few years ago that I thought that copyright would be a key political battleground in the 21st century and I still think that. More to the point, if the key to our future well being is to embrace cooperation and co-ownership (as would appear to be one of the key arguments in the book), how can we hope to do that if the very concepts that rattle around inside our heads are to remain in private hands for long after we’re dead. Whatever criticisms you may have of the Spirit Level, I was impressed that Richard Wilkinson and Kate Pickett seemed to get this.

In my view, the future worth fighting for is not only one in which we have a more active level of participation in the running of our supermarkets and banks but one in which culture itself has been restored into public hands. The result of that may be fewer Lady Gagas and fewer Avatars but, aficionado I may be of both, I really can’t see us being the poorer for it. We can’t expect people to embrace a more collaborative future until the arts equip people with the ideas necessary to be able to imagine it. And they won’t do that while the arts are ultimately working in the interests of big business and the status quo.

So the final thing I will be looking out for when I read this book is how it deals with culture and the creative sphere.

Overall though, I’m delighted to see intergenerational equity finally starting to get the attention it deserves. As was made quite clear repeatedly by the authors, this is a frame by which to consider the troubled times we live in rather than a new model which supersedes all the others; it is often a revealing frame nonetheless.

5 thoughts on “Regeneration: intergenerational Justice for the next generation”