Heavy.com has illustrated the uncanny similarities between 2000AD strip Firekind (1993) and Jim Cameron’s Avatar (apparently in development since 1995). I have to admit that when I first saw the trailer for Avatar I did notice the similarities, but dismissed them on the basis that a few superficial resemblances could easily be down to coincidence and as the hype for the film began to build I forgot all about it. But the list on Heavy.com was intriguing enough to make me sit down and reread the thing this morning (while it was originally printed in 2000AD progs 828-840 it was reprinted in a collected edition in 2005).

Despite Heavy.com’s table of similarities being quite extensive, they actually missed a couple of things out. In both stories the indiginous population have a profound ancestral link to certain trees and in both they don’t merely ride dragons but are psychically connected to them. The plot also has a remarkably similar structure Firekind even features something which is described as “the avatar of violence and retribution” (although the Hronoth is a very different beast compared to Sam Worthington). In many respects however, Firekind contrasts strongly. It could be described as the Anti-Avatar, a peek of what might have been if Cameron hadn’t stuffed his film full of Hollywood conventions and Western chauvanism. 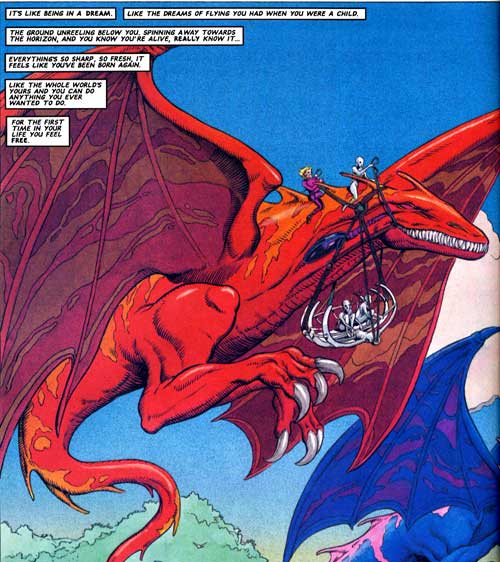 Aside from the blue skin and hunter-gatherer nature, the Kesheen are very different to the Na’vi. The former are small and weak and no match for the average human. Yet they are also more in control of their own destiny. Protagonist Hendrick Larsen doesn’t lead a rebellion against the human invaders but merely helps. They also don’t fit quite as snugly into the noble savage stereotype; Hendrick is at one point saved by a colony of Kesheen who have been exiled from the tribe for their ‘deviant’ sexual practices (writer John Smith states in an interview in Thrill Power Overload that he was disappointed by the lack at outrage to the fact that in Kesheen society incest is considered normal and anyone who doesn’t indulge in it is cast out). While both stories feature kinky sex (in the case of Avatar we’ll have to wait for the DVD for the full USB-on-USB action), Firekind is devoid of romance. And while Avatar ends in victory, the survival of Larsen and the remaining Kesheen at the end of Firekind is far from assured.

Firekind isn’t perfect by any means; much of it doesn’t quite hang together and a great many of the ideas in it end up trailing off. The eponymous dragons barely feature and they certainly don’t breathe fire. But it has a freshness which still holds up 17 years later and it is certainly less clichéd. 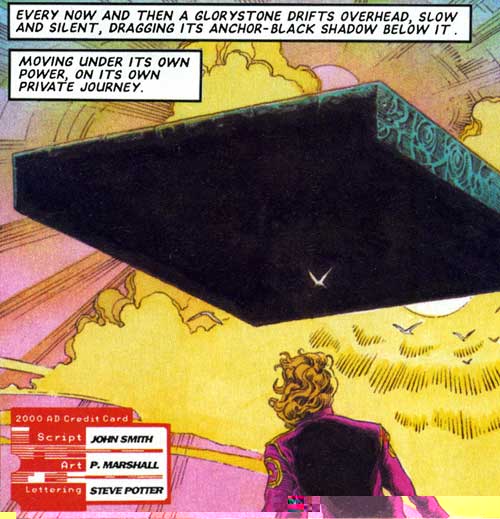 Are the two stories similar enough to suggest that Firekind has influenced Avatar? I certainly think there are more than enough similarities to suggest it may be the case. The killer, for me, are the flying stones (which admittedly look quite different). There is also the fact that Cameron is a known comics buff (he spent most of the 90s trying to get his hands on the Spider-Man license and is now working on Battle Angel Alita) and has past form in terms of being caught out ‘borrowing’ his ideas from elsewhere (Harlan Ellison successfully sued Cameron for lifting ideas from Ellison’s Outer Limits episodes for The Terminator). Indeed, 2000AD has been successful in pursuing court cases of its own, with the short strip SHOK! now acknowledged as the main inspiration behind the film Hardware. And no-one disputes the influence Judge Dredd had on Robo-cop.

I wrote back in 2006 that I’d like to see a Firekind film “before, hopefully, someone goes and makes an Anne Macaffrey film (God help us!).” With Avatar now out, that would appear to no longer be a commercial proposition. So it might be an idea for Rebellion, who are indeed moving into the movie making business, to at least have a quiet word with their lawyers about whether they have a case.