I am on the More Four News website offering my reaction to their marginal constituency poll. Notice that I am actually nice about Nick Clegg.

This week, Charlie Brooker gave the world the New Media Dictionary. For me, the most memorable term described in this list is this:

Two days later and we are in the grip of “Thatchgate” – yet another example of the collective nervous breakdown that is currently going on inside Auntie Beeb.

My first reaction to this story was “ooh, doesn’t Mark Stephens’ hair make him look like a…” (one of the things that bugs me the most about this story is that people are now running around using the offending word as if there was no tomorrow, just as the Prince Harry incident a few weeks ago suddenly made it okay to mention the word “Paki” every thirty seconds). In fact, I nearly blogged to this effect last night. I have since learned that even having that casual thought, let alone blogging about it, is enough to render me an unforgiveable racist, even though it doesn’t involve holding any view about any black people at all. Merely having seen a jar of marmalade in my youth is enough. Bring on the scarlet letter.

This morning Iain Dale made a perfectly valid defence of Carole Thatcher on the Today programme. At the heart of his argument was that she was referring to Andy Murray’s hair. It turns out that was not the case, which is clearly a problem for him. Yet for even attempting to defend her, LabourList has branded him “racist” and declared that “it is up to him to clear his name.” Thoughtcrime is not enough – now we are in the territory of presumed guilt until proven innocent.

I’m not in the business of defending Thatcher or denouncing the BBC. To do that would involve researching this story in a lot more detail than I consider to be sane. I am a little concerned however that the only meaningful contribution Derek Draper seems to want to add to public political discourse is to import the lowliest of gutter journalist values into the blogosphere. And it was pretty near the bottom to start with.

The problem is, I get the impression that he loves it. My first encounter of him was back in 1997. At the height of his glories as a Mandelson staffer and before “Drapergate” he came to address the Manchester Student Labour Club (I seem to recall him having a book out at the time). His single most wistful anecdote that he recalled of his student days was being dangled out of a second storey window by a bunch of Socialist Worker types, having enraged them to such an extent that they were willing to contemplate actual murder. I got the impression then that those were the moments he lives for. Twelve years later and I suspect I was right.

People like that are bad news for politics, whichever side of the fence you are sitting. The sad thing is that a lot of relatively respectable Labour people seem to have thrown their lot in with him with this LabourList adventure – the exact sort of people who like to whinge endlessly about how awful Mandelson and Ali Campbell were (but did nothing about it then).

If this sort of thing is really what it takes for Labour to win a fourth term then on no account should they be permitted to do so. My suspicion though is that it will backfire spectacularly before the election is called.

Those of you currently on LabourList might want to consider jumping ship before the captain decides to play chicken with an iceberg. Feel free to ignore me. 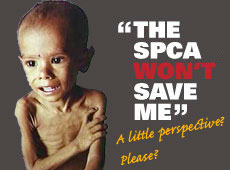