No, this isn’t an attack on Lembit Opik’s decision to resume his column for the Daily Sport. 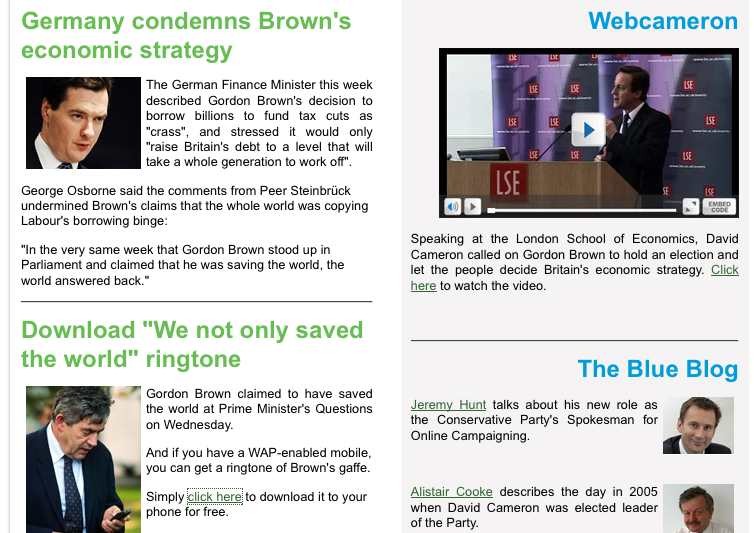 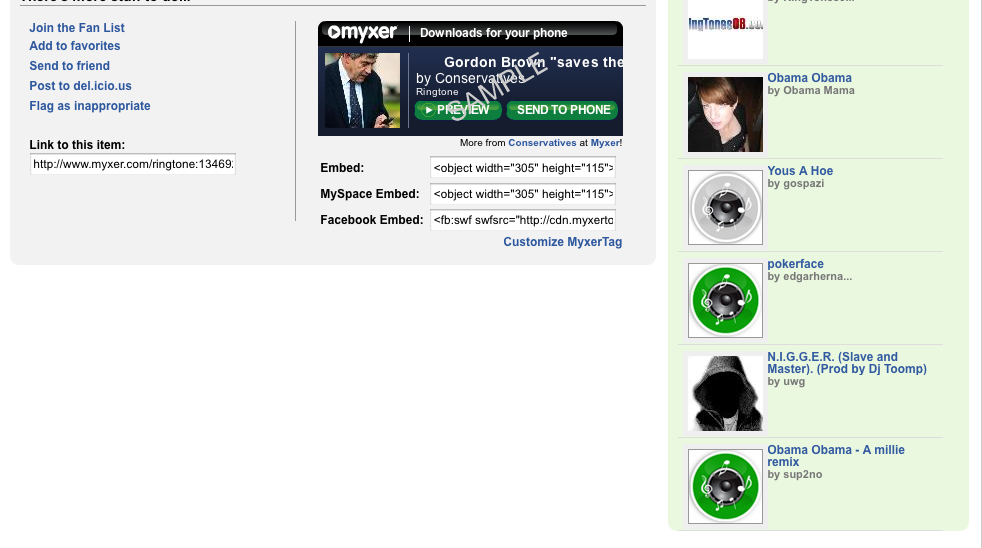 Instead it is to draw your attention to an email I’ve just been sent by the Conservatives. They are still jumping with joy about the fact that the pro-Euro, economically leftwing Peer Steinbruck made some critical comments about Brown’s economic policy, stretching the idea of “my enemy’s enemy is my friend” to breaking point. And as an added bonus, they are offering people free ringtones of Gordon Brown’s “saving the world” gaffe. I followed that link. It took me to a website called myxer.com. It suggests that the sort of person who would like this ringtone would also like “yous a hoe” (I assume this isn’t a reference to the correct application of garden tools) and “N.I.G.G.E.R..” 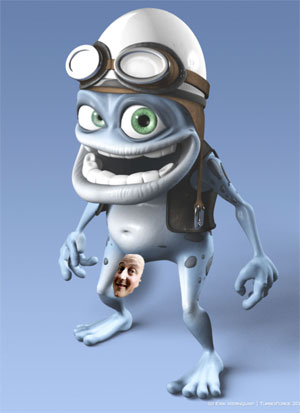 It this really what passes for Tory opposition these days? Uncritically praising any criticism of the government, regardless of the source, and peddling ringtones? Credit must go to Jeremy Hunt – a week into the job as the new Tory online campaign chief, he has taken a clear aim for the gutter and hit the ballseye.

Am I being oversensitive? I don’t have much love for Gordon Brown, a man who never fails to disappoint me, but I have to admit to feeling a certain amount of kinship for him. There is something about the braying mob on the Tory benches that I detest, just as there is something about Brown that gives them an allergic reaction. But just as I have to admit to seeing a certain amount of myself in Brown when he stumbles as he did this week in PMQs, could it be that the ra-ra Tories see a bit of themselves in him as well? Could it be that while the liberal response is to empathise, the reactionary response is to goad, to bray, to bully? I know of at least one Tory member whose response to the gaffe was not that Brown had cocked up, but that he was “telling lies.” When it gets that irrational, you know there is something deeply psychological at play.

We all like a joke, but most of us know where the joke ends and continuing to go on about it just starts looking embarrassing and undignified. You would have thought that CCHQ would have learned the lessons of the Crewe and Nantwich by-election, but clearly not.