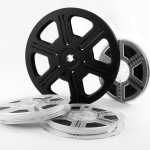 Thanks to everyone who voted to advise me of what film I should watch. The results were as follows:

I already own copies of Apocalypse Now and Chinatown so I will ensure they both get viewed very soon. There is a seperate issue about whether I should watch the Redux version of the former (has come highly recommended but I’m still sore about the fact that it was released a month after I bought the original version on DVD).

Joe Otten suggested that I take out a LoveFilm subscription instead of buying DVDs. My problem with that is that I often go weeks without watching a film on DVD at all and I’m not convinced these subscription services suit me. But it did remind me of an idea I had a couple of months ago that I keep meaning to explore further: that of organising a DVD swap shop.

The rules would be simple.

1. Go to pub with shopping bag full of DVDs that I have no intention of ever watching again.
2. Meet other people with shopping bags full of DVDs that they have no intention of ever watching again.
3. Swap DVDs – no money may exchange hands (as it is no fun and possibly taxable, etc.) although bartering with drinks and pub snacks may be acceptable.
4. Get pissed with fellow swappers. Much merriment to be had by all.

Is this a goer? Would anyone reading this be up for a London event like this? Or would people just end up trying to swap all their rubbish films for good stuff and the whole thing would fall down pretty quickly. Would it be simpler all round just to skip to 4 and be done with it?

I don’t know. Any thoughts?

6 thoughts on “Film poll results – and an idea (DVD swapping?)”