The FCO has always insisted that the Iraq War has in no way lead to an increase in terrorist attacks. To an extent that’s fair enough as life is more complicated than that. So how can they justify insisting on this:

In the documents released to the court, Helen Garlick, assistant director of the Serious Fraud Office, was quoted as recalling what the Foreign Office told her about its fears of another bomb attack in the UK.

“If this caused another 7/7 how could we say that our investigation, which at this stage might or might not result in a successful prosecution was more important?,” the notes quoted her as saying.

Perhaps their new motto should be ignorance is strength?

If MPs do vote to committing themselves to declare it whenever they employ family members, surely this would be effectively a vote of no confidence in Michael Martin? After all, this will pre-empt his own longer term inquiry.

It should be remembered that David Maclean’s Freedom from Information Bill, which with the Labour and Conservative front benches’ initial passive assent very nearly became an act last year, came out of proposals by the Speaker Committee. If these proposals had been passed, the fallout from the Conway affair would have been worse by several degrees. Meanwhile, Maclean is part of the review being conducted by Martin – it doesn’t bode well.

As with Prescott, a lot of the criticisms of Michael Martin smacks of snobbery. Regardless of his accent however, he is a part of an establishment that is clinging desperately to the idea of Parliament being an aloof club. In short, he is emblematic of many of the problems we face in politics today.

As an alternative, how about… Ming Campbell?

Meanwhile, under the category of “MPs do love to take the piss sometimes”, here’s a heartwarming tale of a prodigal son being welcomed back into the fold (hat tip: Duncan Borrowman).

What can I say? We kick arse.

Cameron’s Conservatives have taken their broad church to new limits this week by recruiting a former RESPECT councillor in Tower Hamlets.

Ahmed Hussain, who is also a Muslim and a member of the Socialist Worker Party was welcomed into the fold by “four jobs” Bob Neill. His defection makes the Conservative Group the official opposition on Tower Hamlets council. Furthermore:

…his move comes as a bitter blow to council leader Denise Jones and Poplar & Canning Town MP Jim Fitzpatrick, both of whom are understood to have written glowing references to London party chief Ken Clark.

This is another chapter in the crazy world of Tower Hamlets politics, but it does seem remarkable for the Conservatives, of all people, to jump into bed with a socialist jihadist quite so merrily. Nor is this simply a little local difficulty. According to Respect Renewal (admittedly not the most impartial of sources), Cameron himself is due to put in an appearance next week.

How long can it be before Cameron is shown shaking hands with the Tories latest defector from the BNP? Does he have a bottom line?

Not sure I quite agree with the front page Guardian headline today: Tuition fees favour the rich – new study.

When you read the detail, it turns out that the Sutton Trust report is somewhat more nuanced than that. It isn’t the tuition fees policy alone that has lead to the current situation of declining participation rates in higher education for people of lower socio-economic backgrounds, it is a range of factors including the government’s failure to promote its own bursary schemes adequately. Nonetheless, it is ironic that the Labour government, which is so fond of using legislation to “send a signal” has done such a fantastic job at signalling to young people that higher education is not for them.

As a Manchester alumnus though, I have to wonder what tuition fees are being spent on. I have no particular axe to grind on behalf of Terry Eagleton, but forcing full time academics into retirement while at the same time paying celebrities Â£80,000 a year for 28 hours work for the prestige of giving him a professorship does not exactly scream value for money. Why on Earth would I want to respond to their regular begging letters? Couldn’t I just buy one of the fucker’s paperbacks? 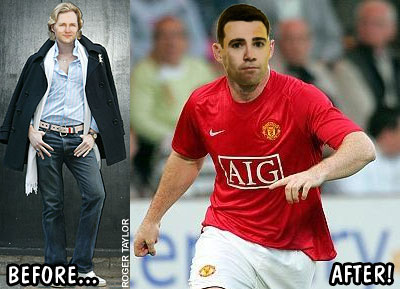 Damn my forgetfulness! In my banning things post I forgot to include my gag about the irony of the UK government defending something which can be described as ‘wholly or predominantly characterised by the emission of a succession of repetitive beats‘ (if you’re under 30 or over 45 and don’t get this, trust me: it’s fucking hilarious. Really).

The Mosquito sound also randomly reminded of cake and make me wonder if those crazy kids are getting off on it (see 4.30 into to video):

Cringeworthy stuff from Gavin Whenman on the topic of positive discrimination again:

To elaborate: Discrimination, of any kind, on a criteria which bears no relation to your ability to do the job, is wrong. It is fair to award party posts, such as PPCs, on the basis of merit only. It is not fair to award it on the basis of skin colour or ethnicity. To say that black or other people arenâ€™t good enough to be MPs unless they have help from the white man is possibly the most patronising, shameful position we can take on this issue, and I hope Nick Clegg sees sense soon.

None of which is particularly inaccurate or misleading (even if it is intemperate), but it doesn’t get us very far, leaves us with a woefully unrepresentative party and begs the question: what would you do then? Clegg hasn’t backed positive discrimination – in fact he’s called a moratorium on imposing such measures within the party for at least two parliaments. What he has done though is back a system of training and support that will receive significant funds, warn the party that if this isn’t made to work then the debate on positive discrimination will need to be revisited and, today, backed enabling legislation to allow political parties to introduce all-black shortlists if they wish (just as we already have enabling legislation to introduce all-women shortlists).

How political parties select their candidates ought to be by and large a matter for them surely? If people feel they are having a candidate imposed on them there will be a backlash, as Labour discovered in Blaenau Gwent. Surely deregulation is a good thing in principle? Why does Gavin feel white guys need such stringent protection?

By backing this legislation, Clegg is supporting deregulation in principle and making a political point about the importance of parties doing more to recruit ethnic minority activists and politicians. I’m amazed that either of these things are regarded within the party as being a bad thing.

The bottom line is party politics is looking alarmingly white, male and middle class these days. In many respects we appear to be going backwards. The Lib Dems have particular problems. We have a few Asian activists and I can probably mention a token member of most established UK ethnic minorities, but within the black community particularly we are a joke.

But its the anger this all provokes that irritates me. I’ve got quite worked up about this myself in the past, and the establishment of the Campaign for Gender Balance was a result of a number of us trying to come up with an alternative to all women shortlists. But at least we were talking about alternatives – and now CGB is regularly cited by some with no sense of history as part of the positive discrimination agenda it was established to bypass.

We shouldn’t be blind to the enormity of our task though. If the television industry struggles to recruit visible black faces, as Lenny Henry was bemoaning last week, what chance has politics got? Expecting it to sort itself out however is simply ludicrous. 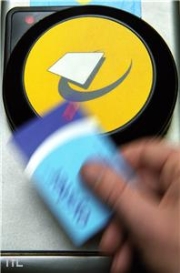