I attended a speech by Nick Clegg in the Commons this evening to a nascent group of thrusting young politicos. Mostly I tended to agree with him: the party is to focussed on the minutiae of policy and not enough on how it presents itself; the party does have to develop distinctive ‘surprising’ positions on topical issues; we do need to have another look at how we run conferences; the party’s shameless pitch for the grey vote was both scandalous and dreadfully ineffective. Much of what he said has already been covered by the likes of Duncan Borrowman, Chris Keating and Rob Fenwick so I won’t repeat it here.

My big concern was that the party has been debating all of this since 2005 – we set up the Meeting the Challenge process, held a big one-day conference on it, passed a policy paper on the subject (pdf)… yet we are still asking the questions and not answering them. Like a lot else, Nick didn’t have answer for why this is either.

What he did say, and I agree with him up to the point, is that part of the problem is the party’s love of committees and internal democracy, which has got in the way. I agree that the party’s practice of having setting up a working group which has a year-long, genial deliberative discussion on the subject and then puts its findings up for approval by party conference lacks the urgency and the flexibility that we need in a lot of areas. The party simply doesn’t need the level of policy that it passes year after year and could put much of the space on the conference agenda to better use. The problem I have with what he had to say however was that to an extent he was encroaching onto the ‘blame the party’ territory that frontbenchers are prone to make in the party from time to time, most famously Charles Kennedy himself when he attacked the party for passing “specific and controversial policies on the basis of a brief, desultory debate in a largely empty hall“. To be clear, when I challenged on this, he did row back and accept the front bench has a responsibility to be pro-active, but with almost the same breath suggested that people like me were the problem because, and I’m paraphrasing here “if someone came out and made a big announcement like this, you’d be the first person to complain about it on your blog”. My answer to that is: try me.

Last year, when the leadership sought to get the party to drop the 50p rate, I not only agreed with the substance of the proposal, I supported the fact that the front bench took such an assertive lead on the issue. I wasn’t at Harrogate, and remain sceptical about Ming’s “wait-and-see” approach to Trident, but I am completely unfazed by the fact that the leadership so aggressively promoted its stance. This is what leaders do. Caricaturing this as “engineering Clause 4 moments” in the way that Liberator does is simply daft. Personally, I’m much less worried about what our elected politicians and elected leader does than what our unelected party bureaucracy gets up to. We suffer from too little leadership from the front, not too much. And I write that as someone who last week was saying leadership was a necessary evil.

None of that is to say that Lib Dem party democracy is a bad thing: indeed, the tax and Trident debates show what a valuable forum conference can be. I happen to think that Nick over-egged the pudding by suggesting that the Tories have made all the running on making their conferences more relevant to the public. A one week flash in the pan, maybe, but does anyone take “Dragon’s Den” style sessions with Ann Widdecombe seriously? I think the public knows when it is being patronised.

The trick for the party is to integrate campaigning and policy development better. We don’t need detailed policy to convey our principles. So long as the latter remains firmly under the control of the party, we should be less afraid at opening up our development of the former. I lobbied, and failed, to convince the party that the Meeting the Challenge exercise ought to borrow heavily from Labour’s experiences with the Big Conversation. Despite our much-vaunted democratic constitution, Lib Dem local parties generally take less of an active role in policy development than their Labour or Conservative counterparts (plug). I wanted to see us using the exercise to get local parties feeding into a national consultation via their focus leaflets and surveys. It could have been a fantastic opportunity for us to communicate our core values, while at the same time opening the door for people to join. We will have similar opportunities in the future and should take them. But such a system needs the membership, campaigns and policy departments working in unison. They require the Parliamentary Party to commit to going around the country encouraging it. We already have the core infrastructure for such an initiative, but it needs leadership to make it happen.

If Nick, or Ming for that matter, have better ideas, let’s see them. Using the excuse that nasty people like me might criticise them on our largely unread blogs is simply not good enough. My suspicion is that it is not me, or even the dreaded Federal Conference Committee that are preventing the party from the sort of radical rebranding exercise that it needs, but a lack of self-confidence which is stifling imagination. 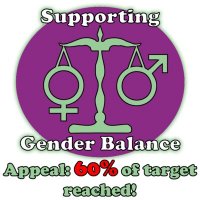